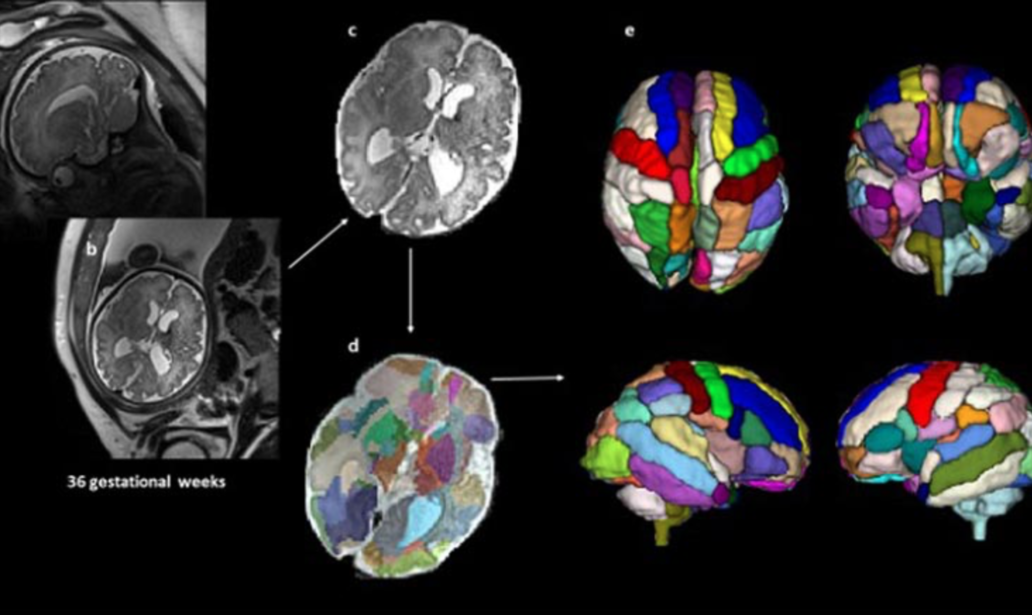 A small Boston Children’s Hospital study led by Assistant Professor Emi Takahashi and postdoc Alpen Ortug showed increased volume of the insular lobe as a potential strong prenatal MRI biomarker that could predict the emergence of ASD later in life. It revealed significant differences in brain structures at 25 weeks’ gestation between children who were later diagnosed with ASD and those who were not.

If validated, this could enable earlier treatment after birth, which could improve outcomes. Early treatment has been shown to improve language and cognitive abilities, but current diagnostic tools can only identify the disorder around 18 months of age.

39 fetal MRI brain scans at 25 weeks’ gestation taken at Boston Children’s Hospital were analyzed. 9 children were later diagnosed with ASD, 20 were neurotypical and 10 did not have ASD but had other conditions also observed in the children with ASD.

An atlas-based automated anatomical labeling method was used to segment the scans and compare brain regions between the different groups. The insular lobe was found to have significantly larger volume in the ASD group compared with the other 3 control groups.

The findings align with studies that have reported changes in the insular cortex in adults with autism, and suggests these differences may begin in the womb. The scans from children with ASD also showed a significantly larger amygdala and hippocampal commissure compared with children who had other health conditions but not ASD.

According to Ortug, “to the best of our knowledge, this is the first attempt to semi-automatically segment the brain regions in the prenatal stage in patients who are diagnosed with autism later and compare different groups of controls.”