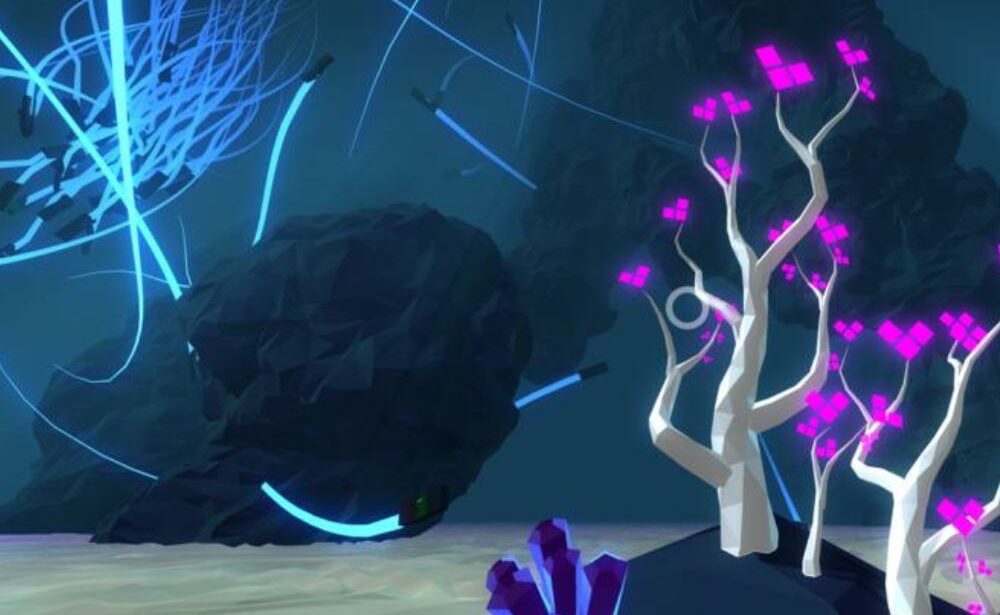 Games designed to improve attention and memory are growing rapidly.   Now the neurogaming movement is tackling panic and stress.

Deep is an Oculus VR based game by Owen Harris that is meant to relieve symptoms of anxiety.

The headset, headphones, and  a belt that matches a player’s breathing  with on-screen movements, are used to encourage breathing patterns that relax the body and mind.

The creator tells users to “allow the game to sweep you into its relaxing embrace as it teaches you yogic breathing techniques that can relieve stress, anxiety and mild depression.”